To be honest, before I had kids I didn’t give my boobs much thought. Apart from some rather undignified episodes within bra fitting rooms, I just accepted that they were there – inconveniently generous for my 5 foot 2 frame yes – but well, just as much a part of me as my arms and legs.
And not much changed once I was pregnant. I bought supportive bras and listened intently (but slightly puzzled) at my ante-natal classes as latching on, cracked nipples and correct feeding posture was discussed. I pretty much expected to breastfeed, because of the health benefits to me and the baby – and because I’m quite a slacker when it comes to washing up and all that extra sterilising seemed a bit of a chore! But equally I knew some people who hated the very idea, and it didn’t much upset or affect me.

Check out the site and win!


Unfortunately the delivery of my first child did not go well. And that is an understatement. However, I was much relieved to finally get her safely up to the surface, happily nursing as I was wheeled into a recovery room, given a blood transfusion and left in peace. She seemed to instinctively know what to do for food and all was well. After a week we were allowed back home and I didn’t have any problems feeding my gorgeous little bundle. Apart from feeling pretty rough myself (which I put down to – you know – giving birth and having a baby) this was all a breeze!
Sadly while my daughter had made it through the birth without any complications – I wasn’t so lucky, and when she was just 3 weeks old I was transported back to the hospital in an ambulance for a spell in Intensive Care. While this was bad enough, the worst part of the situation was that I was separated from my daughter and told breast milk was off her menu while I took some pretty strong drugs. Back in the relative’s room hubby started his crash course on formula.


It was another week before I could be fully reunited with my baby, and another 4 days before we could get out of the hospital I now considered more of a prison. Once my initial course of medicine had stopped I was allowed to start nursing again – although it was quite clear most of the staff felt I was completely loopy. I had sent the other half off to buy a breast pump to keep my milk up immediately after I was told to back away from the baby, and while my supply was hardly overflowing it was there. At this point I was following a kind of self-designed ‘topping up’ method of feeding, offering my milk to my daughter until it seemed to run out – and then offering some formula if she continued to cry. I also pumped when she wasn’t hungry to increase my supply. 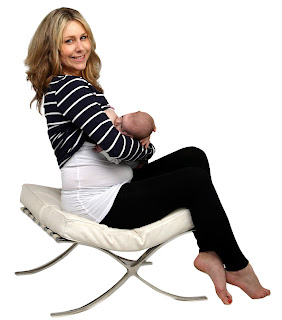 Happy days brought to you by Breastvest
Somehow like this we got back on track until I was exclusively breastfeeding. I viewed it as simply getting back to where we started from, although it was made obvious to me by many that I should have simply cut my losses, and carried on using formula so that I could recover more quickly. But hey, being a parent is demanding – sometimes in ways you weren’t expecting – and I can be pretty tough if I need to be.


I fed my first daughter for about a year – and then when it was ‘okay’ to give her full fat cow’s milk I switched her over. Since she had a variety of milk from a variety of sources we didn’t experience any problems switching over – and in a flash, nursing her was just a memory.
When number two came along, the birth was a ‘planned’ C-section because of womb damage sustained the first time around. I can’t say I was thrilled at the thought of returning to the scene of so much carnage, but baby had to come out somehow! Once again I found myself on the maternity ward for a week baby happily guzzling away. It also went rather simply – and off I tottered back home, with just a tad more (and better?) after care than I received the first time around!!

Look at the lovely prizes you can win on the scavenger hunt!


Now I was happy to breastfeed, I didn’t mind the disturbed nights (within reason) and I wasn’t planning to go back to work anytime soon. Yes I had an older sibling to care for, but she was very compliant and very pleased to have become a big sister to a living, breathing doll. At some point I must have tried expressing but baby number two was only interested in the milk direct from source. And that was no problem at all.
After a year, I tried introducing the baby to cow’s milk, in a bottle and in a cup. She was not interested.  Well I don’t actually like or drink cow’s milk myself – maybe it’s a taste thing  I thought. I tried expressed milk in a bottle and in a cup – just to see if that made a difference. And still no. So I carried on breastfeeding at bedtime. After all it was no big deal to me.


About this time I definitely began to notice a change in people’s opinions if I happened to mention I was still breastfeeding. Obviously the situation meant that I was needed in person at bedtime so there were a few places I couldn’t be early in the evening. But some people began to view me suspiciously – as a ‘lactivist’ even. Of course since I was not breastfeeding during the day – and therefore visibly out in the big wide world, I dodged lots of the criticism I might have received. I felt quite cross at times though with my feeding being perceived as ‘out of the ordinary’ – since it is not unusual in other parts of the world, and the use of formula is relatively modern even in England. But to be honest, I never really thought it was anyone else’s business but my own. It was what my daughter needed at that point – and so I did it. I’m a mum – I do what I need to.
Bedtime nursing for my second child continued until she was around two years old, by which time I’m pretty sure people either forgot about my ‘strange’ behaviour or thought I was beyond help. It stopped when I felt that my daughter no longer needed breast milk nutritionally (she still doesn’t drink cow’s milk by the way!) – and when I had begun to wish my husband could put her to bed without me being there. We happened to go to Cornwall for a holiday at that time and needed to put both our girls in one room. With the entire bedtime routine changed and the smaller sister getting to sleep in a big bed and share a room with the elder sister, plus an exciting day on the beach, bedtime with just daddy came and went without any request for milk. That happened for the entire holiday – and the desire to feed was never mentioned again. Another milestone just slipped quietly past.


So when it comes to breastfeeding past a year, I guess the moral of my story is to make your own decisions about when you start and stop breastfeeding. Don’t let others put you off – even if they are well-meaning health professionals, family or friends thinking that you might need a break – and especially not if they are the type of people who like to disparage the personal choices of others based on their own prejudices and issues. Once you become a child’s mother you get to make the decisions that best suit you and your baby – and absolutely no one else. Step up to the plate and make sure you are happy with the choices you make. In my mind, babyhood lasts for such a short time – so make sure your memories of it are good ones.
***Competition Time!!!!*** 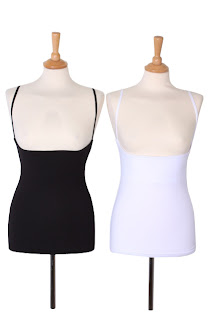 Why didn't they have these when I was nursing!
Are you happy to breastfeed but not keen on flashing your postpartum tum to the world? Breastvest is the solution – an ingenious bit of underwear which makes any top a breastfeeding top and makes feeding in public easier. If you’d like to win one, simply ‘Like’ Breastvest on Facebook and write 'yes please' in comment box at the end of this blog. One person will be chosen at random! Good luck – and feel free to forward on the offer to other nursing and pregnant friends.
If you want to read more about breastfeeding and are looking for some support and information, why not head over to some other blog pages participating in this year’s Keep Britain Breastfeeding campaign? You can find some of them here:

Faded Seaside Mama, The Kermit Movement, Sorry About the Mess, Life Happens So Smile and The Secret Life of Kate.

I should also mention that the campaign would not be possible without the support of sponsors such as: Bravado, Hotmilk, Baba Sling, Baby Beads, Barefoot Books – and my personal favourite – BreastVest.

Vote for this blog HERE!